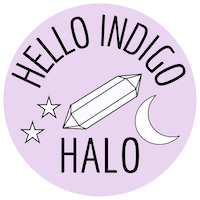 Considered to be very powerful from ancient times it can be used to cleanse & purify both places, people & things.

No interest, no fees,
4x instalments over 6 weeks
How it works
Payflex lets you get what you need now, but pay for it over four interest-free instalments. You pay 25% upfront, then three payments of 25% over the following six weeks.
1

Shop Online
and fill your cart

Pay the remainder
over 6-weeks.
No interest.
No fees.

Notify me when availible

Backflow Incense is specially designed to create smoke that cascades downwards with a waterfall effect. It can be used with any backflow burner. When the smoke flows downwards it creates a stunning effect that will not only catch your eye but offer a calming and relaxing effect.

Allow the tip of the cone to burn for 3-5 minutes to allow the backflow effect to start.

White Sage (Salvia apiana) is a plant from the mint family. Used as an incense. For centuries, the Native Indians of North America have been initiating their purification ceremonies and healing sessions by burning its dry leaves bundled into smudge sticks.

White Sage is considered sacred ad is believed to cleanse a space of any evil spirits or negative energies that may be present. Its smoke is also used to bless, cleanse and heal the person or object being smudged. White sage has a highly aromatic and resinous scent that enables a greater capacity of concentration and a greater ease of relaxation.

Lavender when burned cleanses everything, it balances and purifies. Spiritually as well as physically it is antibacterial, and repels insects. Lavender has been used for centuries to promote calmness and aid in peaceful sleep.